One of the harshest and most ineffective polices of the U.S. government’s “war on drugs” is the Personal Responsibility and Work Opportunity Reconciliation Act which was passed in 1996. 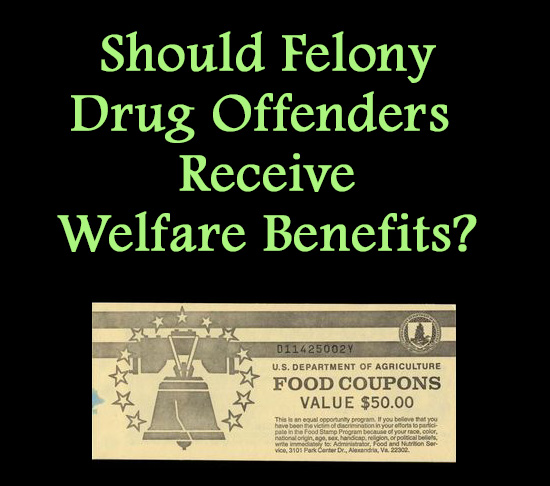 Sponsored by Republican John Kasich, Ohio’s state representative at the time, the act banned anyone with felony drug convictions from receiving welfare benefits, such as food stamps, unless states decided otherwise.

Most states, despite the fact that crime and drugs disproportionately affect people living in poverty, upheld the ban.

That is until recently, when the crisis of opioid addiction reached white, middle-class communities. Suddenly the public view that addiction was a moral failing or a crime began to soften.

The issue is timely. On a federal and state level, criminal justice and drug policy reform are center stage. President Obama recently commuted the sentences of 214 federal inmates imprisoned for non-violent drug offenses, 67 who were serving life.

How Assistance Helps With Recovery

State governments are waking up to the fact that people are less likely to return to prison when there’s some available assistance to help them get back on their feet.

“One of the best ways that someone can move on after they’ve been released from prison,” Marissa McCall Dodson, public policy director at the Southern Center For Human Rights, said in an interview with PBS.org, “is their ability to eat and take of themselves.

“You’re increasing the chances that they may reoffend because they don’t have the ability to make ends meet,” Georgia state Rep. Rich Golick, a Republican, told pbs.org. “Doesn’t this go against what we’re trying to achieve as they re-enter society?”

The requirements for people with a felony drug conviction that need welfare assistance vary from state to state. Some of the requirements, according to reform advocates, are discriminatory.

For instance, Maine, Pennsylvania, Wisconsin and Minnesota require welfare recipients with a drug record to pass drug-screenings in order receive their benefits.

In some cases, advocates feel, this is punishing someone for having an untreated disease.

Some States are Against Lifting the Ban

Not everyone is onboard with loosening welfare restrictions. “Expanding welfare benefits to convicted drug dealers and drug felons is a giant leap in the wrong direction,” Texas state Rep. Matt Rinaldi told pbs.org.

Still, there is a cultural shift at play in the country’s approach to drug abuse and the disease of addiction. From proposed federal funds to expand drug treatment to reducing prison sentence, as well as harm reduction programs, like The Angel Initiative in Gloucester, Massachusetts or LEAD in Seattle, Washington, the nation is moving in a more compassionate and effective direction.

It’s interesting to note that in 1996, when the restrictive and discriminatory welfare rules passed, Purdue Pharma released OxyContin, the prescription opioid painkiller that caused the ongoing crisis of opiate overdoses and, arguably, is now changing the nation’s entire approach to addiction.

8 Ways to Keep Improving Your Life In Recovery