One of the biggest stressors in life is an unexpected event – like the death of a loved one, a relationship breakup, the loss of a job, a car accident, a serious illness or any number of difficult, unforeseen events. When dealing with these problems, it’s not uncommon to feel an overwhelming sense of helplessness leading to a period of mental and emotional struggle that can result in an Adjustment Disorder.

Adjustment disorders are conditions caused by both chronic and acute stress. In other words, the condition is brought on by an independent event like a natural disaster, or it can develop out of a recurring situation, such as regularly being exposed to domestic violence. 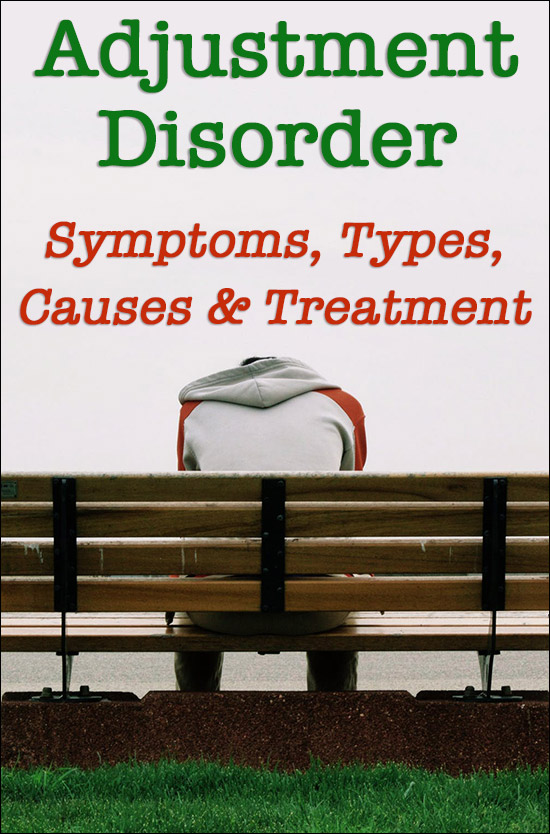 According to the DSM-5, the key criteria of an adjustment disorder are a distress response that’s out of proportion to the stressful event and a patient’s ensuing struggle to maintain normal function at work, school, with family or in other social settings.

In addition, the symptoms must occur within three months of the stressful event and not be part of normal grieving or another mental health illness, says the Mayo Clinic.

These conditions are far more common than the general public might realize. The prevalence of adjustment disorders in outpatient mental health treatment is 5 to 20 percent, but spikes to nearly 50 percent of patients in a psychiatric hospital setting, according to John Hopkins University.

It can be difficult to diagnose adjustment disorders because there is such a broad range of symptoms.

Additionally, a person struggling with symptoms might be unaware of an event that brought on the condition and, therefore, unable to report it.

Lastly, there are times during daily life that everyone experiences a decrease in their ability to function, such as when someone close to them dies.

The Diagnostic and Statistical Manual of Mental Disorder (DSM-5), often regarded as the “bible” of American psychiatry lists six types of adjustment disorders, which can include the following:

These conditions can affect both children and adults, and while the length of time adjustment disorders persist can vary based on whether a stressor is acute or chronic, they can cause difficult and sometimes painful symptoms.

What are Common Adjustment Disorder Symptoms?

In the case of chronic stress, the condition can persist much longer and continue to create problems for a person.

Some common symptoms of adjustment disorders can include:

These disorders are treatable and anyone experiencing these symptoms should seek help from their physician.

This is especially true for those in recovery from addiction or who may still be struggling with a substance use disorder and are likely to self-medicate their symptoms with drugs and alcohol.

At least one study found that 76 percent of patients with an adjustment disorder also suffered from substance abuse.

What is the Customary Adjustment Disorder Treatment?

The main treatment approach, after a diagnosis of an adjustment disorder, is therapy, which can include one-on-one counseling, family counseling and even support groups that focus on a specific stressor.

Very often, talking about a stressful situation, as well as listening to others who have experienced similar issues, can help put things back into perspective and allow patients to start recalibrating their emotional and mental responses.

Social intervention approaches, such as cognitive behavioral therapy (CBT), can also be effective because people learn how to manage the relationship between their thoughts, behavior and emotional state.

Finally, medications like antidepressants or, in more severe cases, benzodiazepines may help alleviate lingering physical symptoms that can slow healing if not addressed.

In the case of a dual diagnosis – the presence of both a substance use disorder and a mental health condition – treatment can still be effective, but only when both conditions are diagnosed and treated.

Self-medicating with drugs or alcohol to overcome the symptoms of anxiety and depression is common for many people, especially for those who have not discussed their issues with a doctor or received an official diagnosis.

Unfortunately, using other substances not prescribed by a doctor often makes matters worse and can extend the lifespan of the disorder or eventually lead to addiction.

Because adjustment disorders are treatable and sometimes only last for a finite period of time under ideal circumstances, it is wise to seek the help of doctor at the first sign of distress.

Inspire Malibu is the premier Non 12 Step, drug, alcohol, and detox treatment center in Malibu California founded by triple board certified addiction specialist Dr. Akikur Mohammad. Our state-of-the-art treatment program combines the latest scientific research with proven, evidence-based therapies to address both alcohol and substance abuse successfully. Inspire Malibu is Joint Commission (JCAHO) accredited , Legit Script Certified, and has been designated a Higher Level of Care from the Department of Health Care Services. We are also uniquely qualified to address dual diagnosis disorders.
PrevPreviousAlcoholic Neuropathy: The Causes, Symptoms and Treatment
Next11 Things to Do After Rehab for Alcohol and Drug AddictionNext