Since the beginning of the modern era, teenagers have been exposed to things that didn’t exist when their parents were younger.

Whether it be certain types of music, technology or any number of pop culture trends, teens are more likely to experiment than their elders. That’s the natural course of life.

Unfortunately, experimenting can sometimes take teens down a risky path. 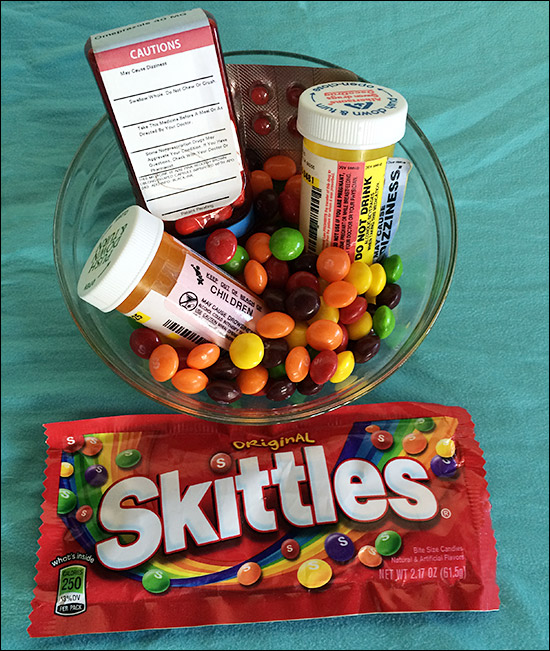 Sometimes referred to as “pharm” or “pharming parties,” and also known as poly drug use, kids pool together whatever prescription or over the counter drugs they’ve managed to find or buy and put them in a bowl for party-goers to use, often along with alcohol.

In the United States, an estimated 2,500 kids abuse a prescription drug every single day, according to the Foundation For a Drug-Free World.

Prescription drug abuse is second only to marijuana use among adolescents.

Research has shown that prescription pills can be bought cheaper than other drugs, like cocaine or methamphetamine, and easily stolen out of medicine cabinets.

What Are the Most Abused Prescription Medications?

According to the Centers for Disease Control and Prevention (CDC), some of the most commonly abused prescription medications include:

Opioids and opiates include drugs which have a similar chemical makeup to heroin, like OxyContin, Vicodin, hydrocodone, methadone and codeine and they are easy to find in family medicine cabinets.

Benzodiazepines are central nervous stimulants normally used as sedatives and include drugs such as Xanax, Valium and Ativan. These are also easily found in most homes or on the street.

Amphetamines are medications like Adderall and Ritalin that are prescribed to treat attention deficit hyper activity disorder (ADHD) and other disorders common in school-age children. Because they are so widely prescribed, it’s quite easy to get them from classmates.

There’s evidence that teenagers whose parents speak openly and voice their disapproval of drug usage of any kind are less likely to misuse drugs and alcohol.

Without the proper education about medications, adolescents might feel that over the counter or prescription drugs aren’t as dangerous because they were prescribed by a doctor.

In an interview with the Chicago Tribune about prescription drugs among teens, Dr. Laura Markley, a pediatrics and child psychiatry specialist at Akron Children’s Hospital in Ohio, said, “I think they get a false sense of security and think it’s not as bad as marijuana or cocaine. And if a doctor says it’s OK, how could it possibly kill me?”

What are 4 Health Risks for Teens Who Attend Skittles Parties?

Fatal overdose is obviously the most serious consequence of taking part in Skittles Parties. First responders and emergency healthcare providers are often trying to save a user’s life without knowledge of the kinds or amounts of drugs a teen has ingested.

It’s crucial to provide first responders with as much information as possible about the drugs used if an overdose occurs, despite worrying about getting in trouble. Accurate and timely details could save a life.

2. Drug Interactions and Side Effects

Drug interactions and side effects are always compounded when mixing multiple types of medications. Over the counter and prescription drugs can have worse side effects when mixed with other chemicals, such as alcohol or competing compounds in other drugs.

This can lead to a variety of dangerous physical reactions such as high blood pressure, rapid heart rate, hyperthermia and loss of consciousness.

Sexual assault is a very real danger among adolescents when drugs or alcohol are involved.

When a person becomes unconscious or incapacitated among a large group of teens who are inebriated, inhibitions and common sense are usually at their lowest levels and the situation can quickly escalate and become dangerous.

Addiction is yet another disease that teens are vulnerable to if they frequently use alcohol or other drugs for an extended period of time.

Because the teen brain is still developing, even infrequent or minimal drug use can have a huge impact on the brain’s chemical makeup and cause permanent structural and functional changes that lead to addiction.

Completely abstaining from drugs and alcohol is always the safest choice for teens.

However, if experimentation has led to trouble at home or school, caused depression, anxiety or even addiction, early intervention and treatment have been effective in helping adolescents make better choices and lead sober, healthy lives.